Jean Reno has made 2 movies in which he starred in a leading role since his first movie 17 years ago called "Jet Lag (US Release)" (2003) in which he portrayed the character Felix.

For language and brief sexuality.

Synopsis: Self-taught aspiring chef Jacky has the talent, but not the luck. Star chef Alexandre Lagarde is in danger of losing his reputation, along with his beloved restaurant. Fate brings the two together and helps them along a journey through the intoxicating world of French haute-cuisine. A legend in his own time, Lagarde is in serious conflict with Stanislas Matter, the new CEO of the group that owns his restaurant, Cargo Lagarde. Matter is plotting to destroy Lagarde’s reputation so that he’ll have grounds to fire Lagarde and move the restaurant away from Lagarde’s classic French cuisine towards trendy molecular gastronomy. Desperate to cling to his status as a Three Star chef, Lagarde teams up with Jacky and together they try to find the balance between tradition and trend, as well as between family life and food obsession. 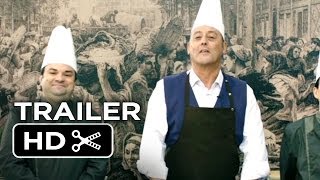