Pete Postlethwaite has made 1 movies in which he starred in a leading role since his first movie 10 years ago called "Killing Bono" (2011) in which he portrayed the character Karl.

For pervasive language, some sexuality/nudity and drug use.

Synopsis: Based on real events, KILLING BONO tells the story of young Irish rocker Neil McCormick and his younger brother, Ivan, who attempt to become rock stars but can only look on as their school friends form U2 and become the biggest band in the world. The film is based on Neil McCormick's memoir Killing Bono: I am Bono's Doppelganger. 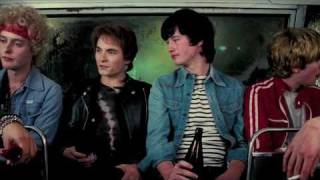