Patricia Clarkson has made 4 movies in which she starred in a leading role since her first movie 18 years ago called "The Safety of Objects" (2003) in which she portrayed the character .

For mild thematic elements and smoking.

Synopsis: Juliette, a magazine editor, travels to Cairo to meet her husband, Mark, a UN official working in Gaza, for a three week vacation. When he is unavoidably delayed, he sends his friend Tareq, who had been his security officer for many years, to escort her throughout the beautiful and exotic city. The last thing anyone expects is that they will fall in love.

The Safety of Objects

For suggestive material, brief partial nudity and some fighting scenes.

Synopsis: Cal Chetley, a bright, undersized fifteen year-old is an outsider in the blue collar town of Sallisaw, Oklahoma known for its high school wrestling program. His older brother Mike, a one-time high school champion with whom Cal is estranged, left Cal and his mother Sharon behind years ago after the tragic car accident that killed their father. Sharon is grieving the loss of her husband while struggling with an estranged, older son and her bright, socially isolated younger one, the latter of whom is determined to put his family back together. With the encouragement of Harry "Red" Newman, a charming, albeit mysterious man who has a way of showing up in Cal's life just when he needs him most, Cal joins the high school team hoping his brother will train him. What ensues, is an emotional, uplifting journey about Cal's drive to succeed and his unwavering pursuit to reunite his family.

Synopsis: Celia Green is at a crossroads. She and her husband, Malcolm, are the founders of a fitness empire and among San Francisco’s wealthiest citizens. They have been coming to Lake Tahoe for more than thirty years, and yet Celia now feels that something in her life is missing. She gathers her two adult sons and their partners for a rare weekend together. As the weekend progresses and tensions rise, the four members of the Green family are joined by an eclectic assortment of houseguests and drop-ins, young and old. On Saturday morning, an accident threatens to unhinge Celia’s meticulously devised weekend: the Greens’ longtime caretaker, Hector Castillo, is electrocuted as he is fixing a broken light on the dock. When he is airlifted to a nearby hospital, the Green family goes along with him, and the guests on the property are forced to fend for themselves. Amidst this catastrophe, Celia must decide whether she is ready to let go of the house. 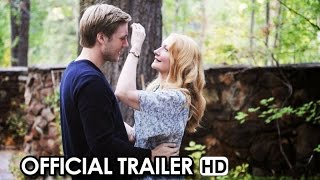