Laura Linney has made 4 movies in which she starred in a leading role since her first movie 13 years ago called "The Savages" (2007) in which she portrayed the character Wendy Savage.

For some sexuality and language.

Synopsis: In June 1939, President Franklin Delano Roosevelt and his wife Eleanor host the King and Queen of England for a weekend at the Roosevelt home at Hyde Park on Hudson, in upstate New York - the first-ever visit of a reigning English monarch to America. With Britain facing imminent war with Germany, the Royals are desperately looking to FDR for support. But international affairs must be juggled with the complexities of FDR's domestic establishment, as wife, mother, and mistresses all conspire to make the royal weekend an unforgettable one. Seen through the eyes of Daisy, Franklin's neighbor and intimate, the weekend will produce not only a special relationship between two great nations, but, for Daisy – and through her, for us all – a deeper understanding of the mysteries of love and friendship.

For language, sexual content, some drug use and brief violence.

Synopsis: When a family of raccoons discover worms living underneath the sod in Jeff and Nealy's backyard, this pest problem begins a darkly comic and wild chain reaction of domestic tension, infidelity and murder.

For a scene of sexuality.

Synopsis: Morning is a film about a married couple reeling from the tragic death of their only child. For each of them, grief becomes a private torment that threatens to destroy their world. Driven apart by sorrow, they try to find their way back to each other and the chance to love again. 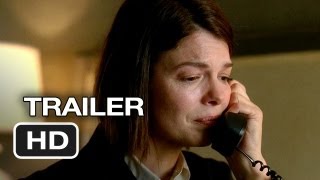